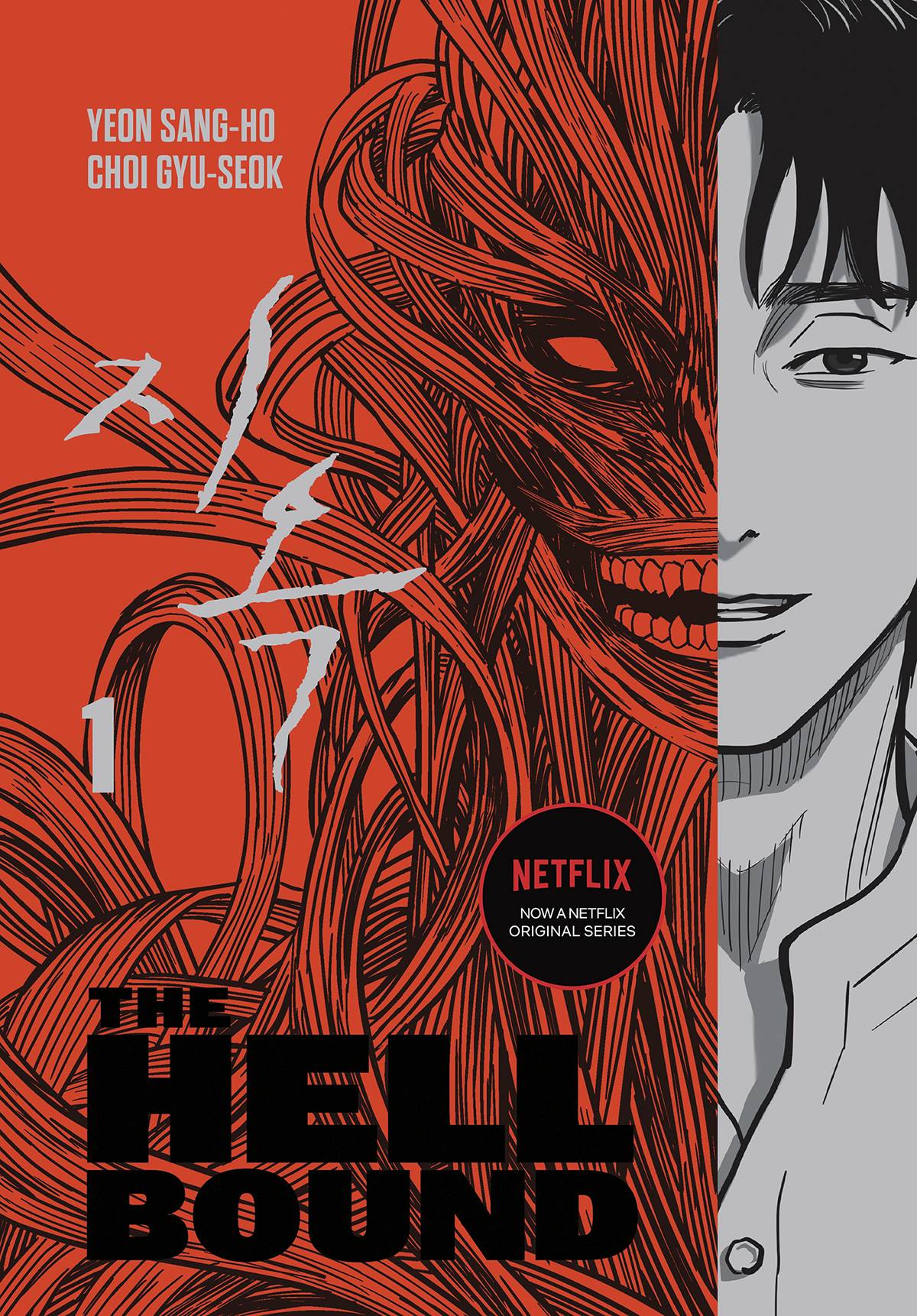 Death, murder, and hysteria are all on the menu this Halloween thanks to Hellbound from Dark Horse Comics!

In the following interview, Yeon and Choi explain just exactly what "social horror" is and why it should resonate with American audiences just as much as it has with Korean comic readers. 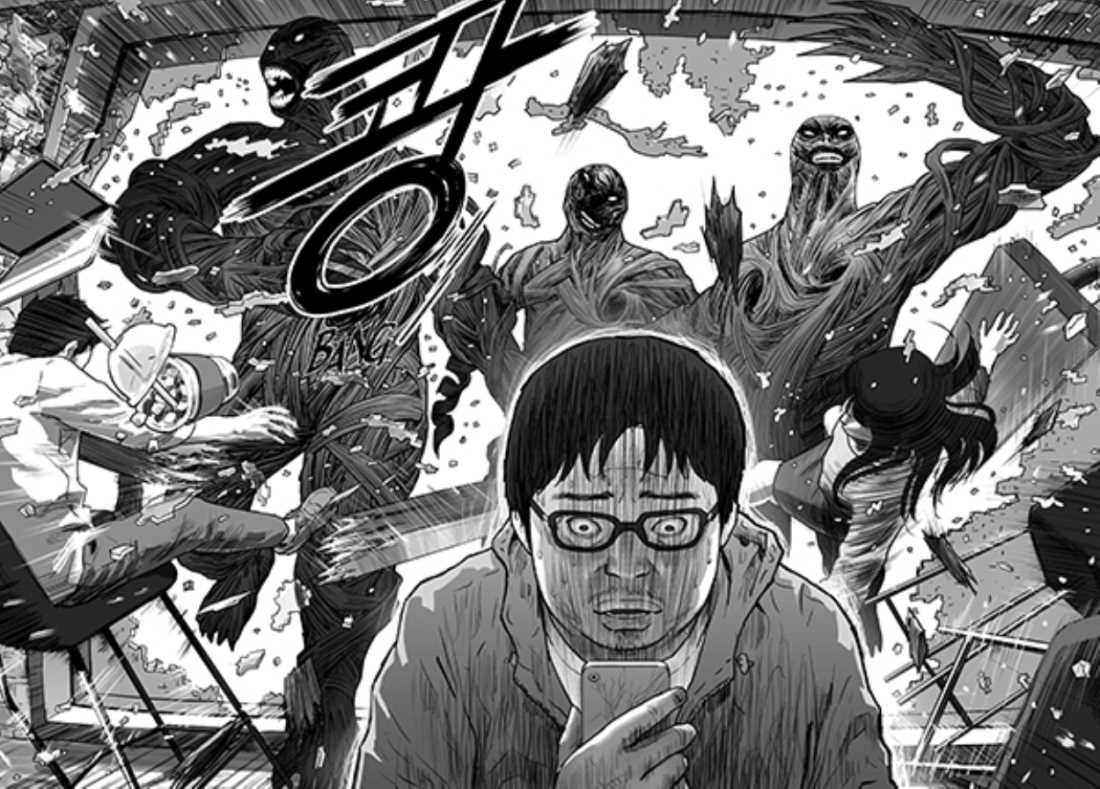 Troy-Jeffrey Allen: For those unfamiliar, can you tell me what HELLBOUND is about?

Choi:  Hellbound is a story about a supernatural phenomenon in which a messenger informs random individuals that they are going to hell. This messenger provides the exact date and time. When that time is reached, the person who receives the notice is violently murdered.

Hellbound focuses on the society and people impacted by this phenomenon. 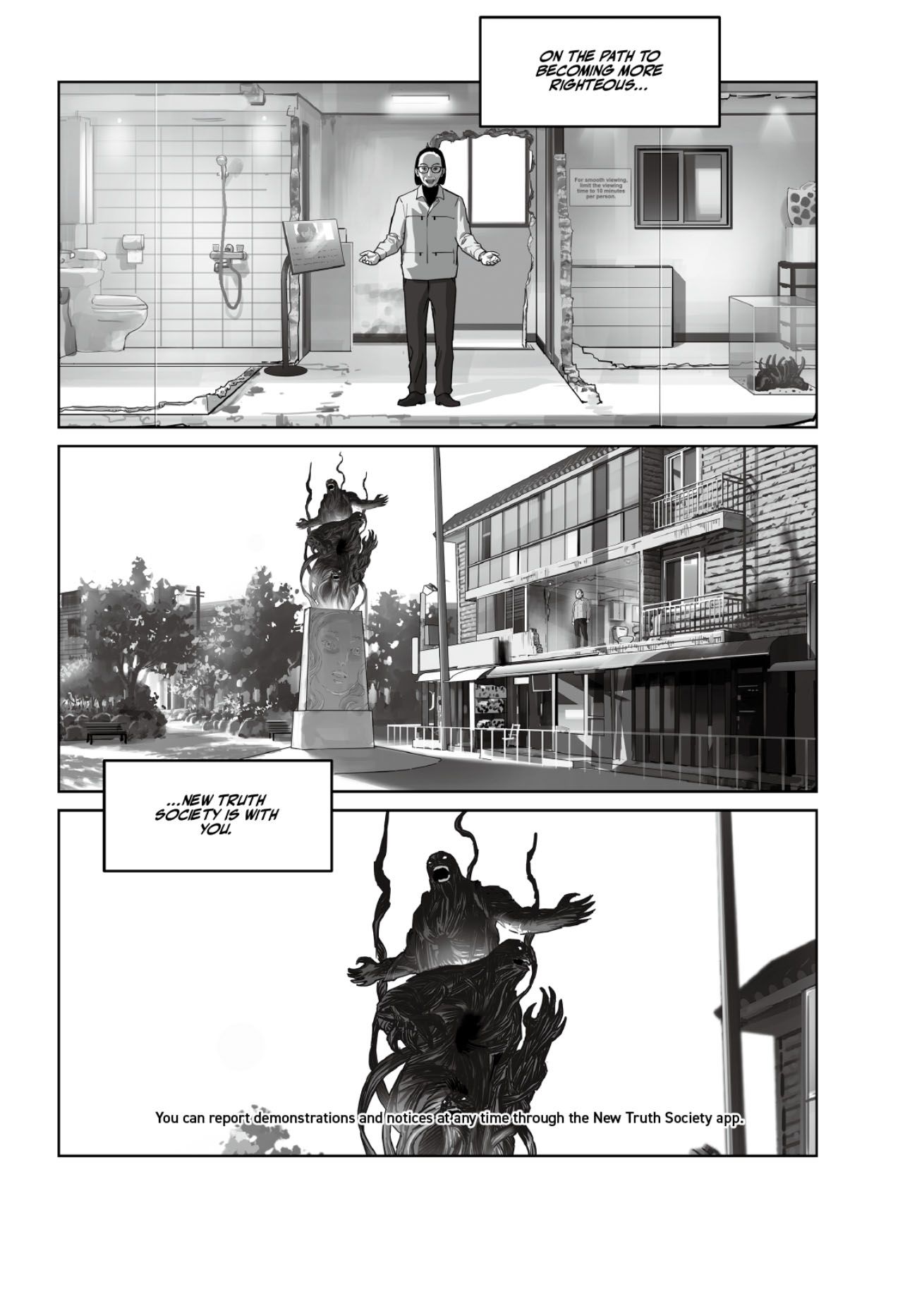 TJA: So, this is already a webcomic and a Netflix show, what made you want to bring the Manhwa to the U.S.?

Yeon:  Choi Kyu-seok, who drew the Manhwa, originally created the Manhwa with the show in mind. I think the best way to understand the intentions of Choi's concept is to read the Manhwa. I also personally have a deep respect for the comic book medium.

With this comic book, I was excited to meet with readers from all over the world, and I am so excited to soon meet with American readers thanks to Dark Horse Comics in the United States. 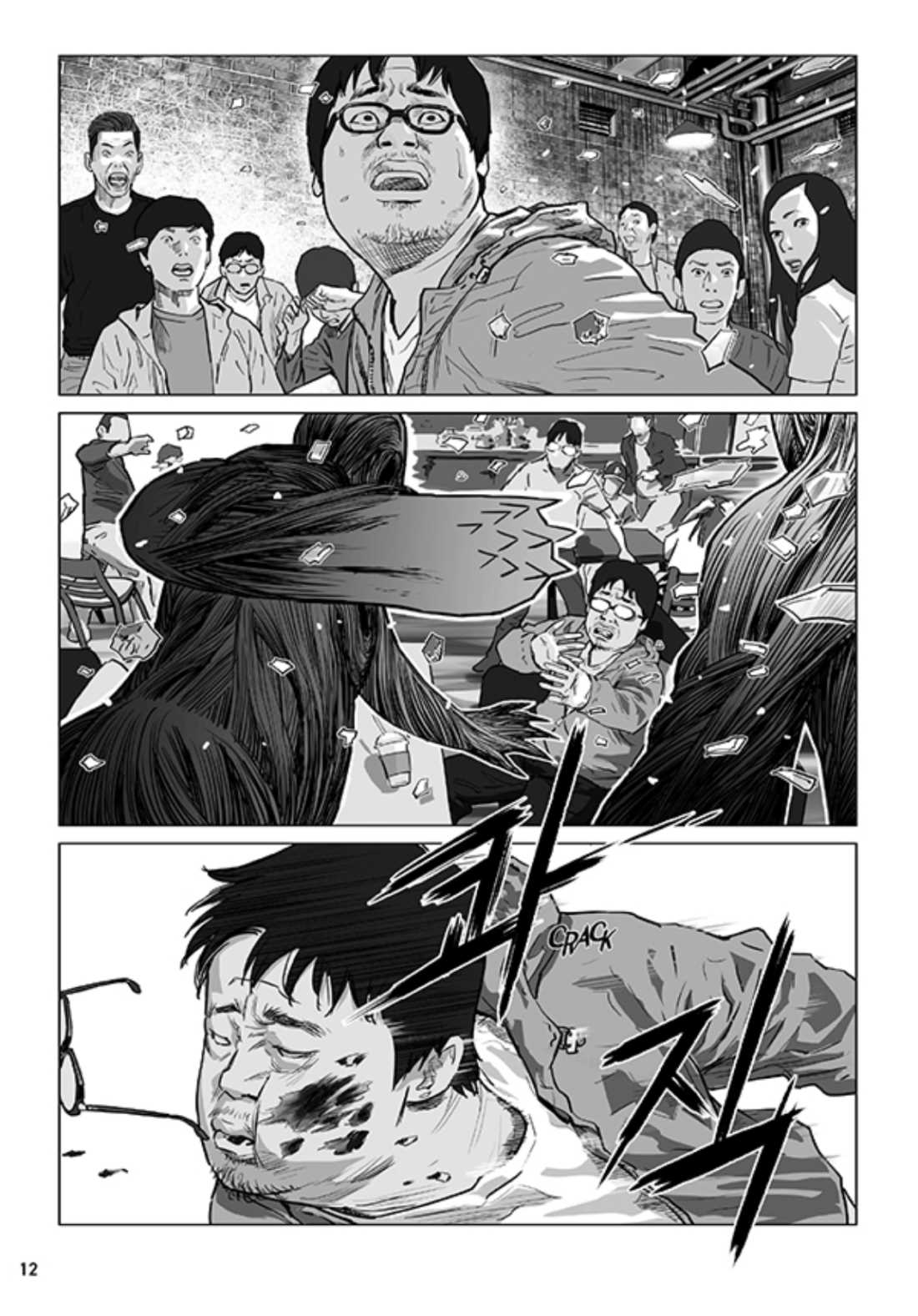 TJA: In Korea, how was the webcomic received when it was first released?

Choi:  Hellbound did not start off popular, but once the audience started to see the story unfold, they seemed impressed. Many were excited to experience the final chapter, and there were many people who desperately wanted this Webtoon to be made into a film. TJA: How does the manhwa story differ from the show?

Yeon:  The whole story is the same, but I think there's something more detailed about the story in the comics.  I think there are points where you can understand this world in more detail through the manhwa. Unlike the show, you can capture the thoughts of people in this fictional world. Especially the characters that had to be cut from the Netflix show.

Yeon:  In addition, I do enjoy seeing the characters interpreted and played by actors on the show. If you read the Manhwa and watch it on Netflix, I think you’ll get great pleasure noticing the differences between the characters that Choi has drawn and what is on screen. 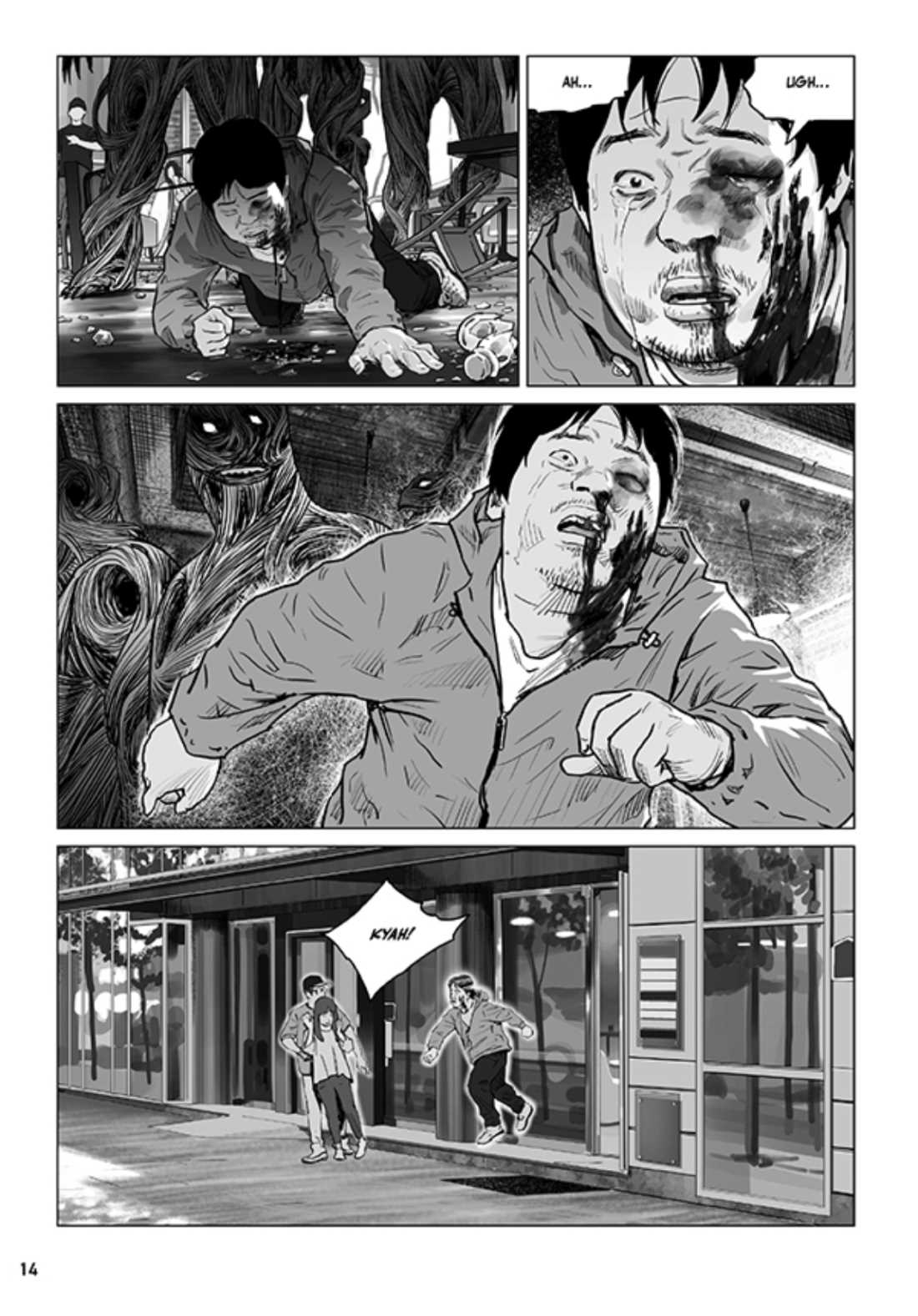 TJA: How did you go about visualizing the three messengers? As an artist, where does an idea like that come from?

Choi:  I felt the need to not make them look anything like a traditional monster.  I wanted thieir look to be strange and clumsy. I think it's scarier to see a monster that looks somewhat incomplete rather than a monster with a formative aspect. I thought it should look like it was created by someone with a different sense of design than humans. TJA: How is screenwriting different from manhwa writing?

Yeon:  Writing a scene is all about text based on a visualization, and comics need to convey it as a definitive visualization. I think every art medium has its own advantages, and the medium called Manhwa is still a very attractive format to me for that reason. 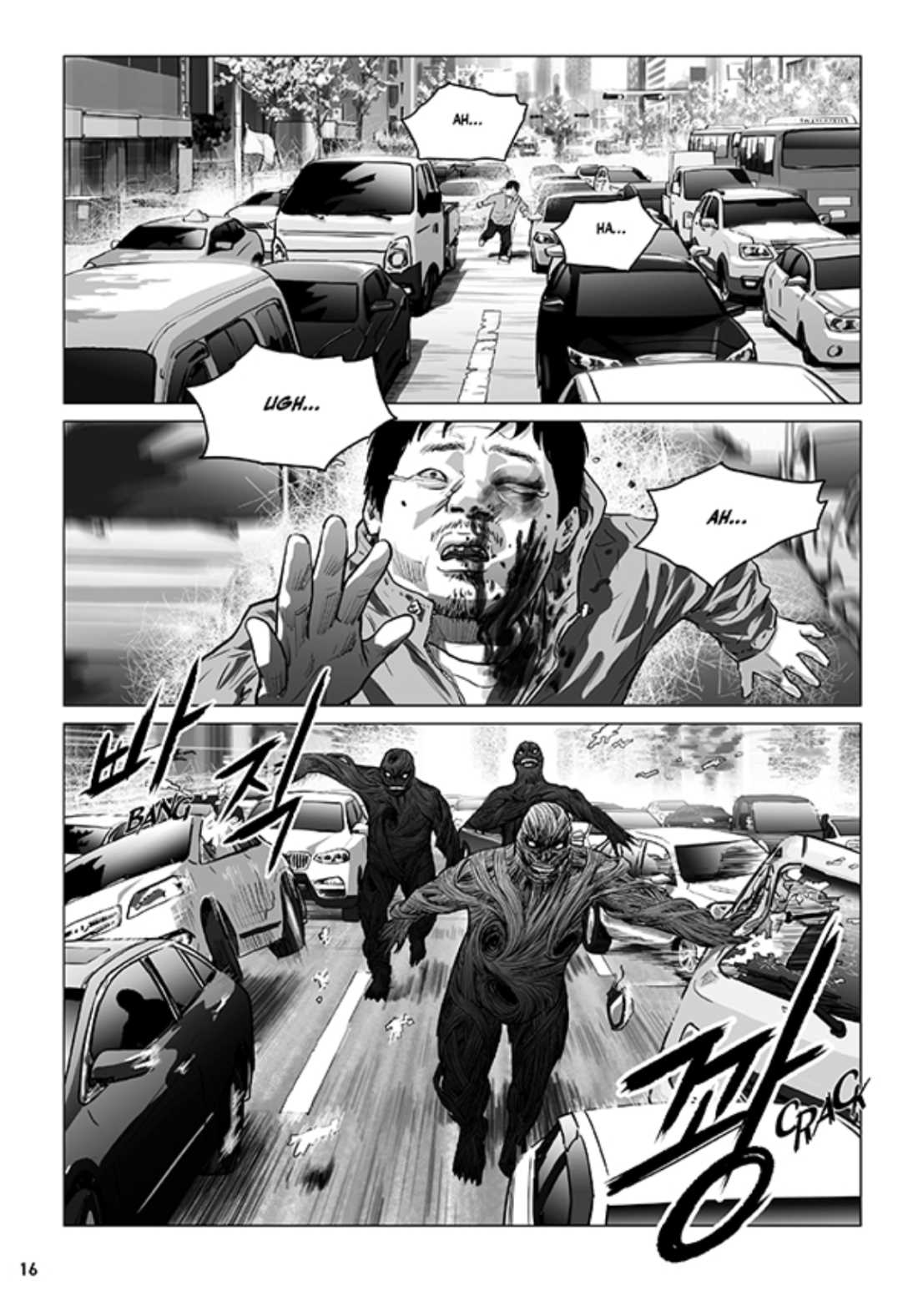 TJA: “Social chaos” is a theme in your work, Yeon. Why does it make for such great horror stories?

Yeon:  I started doing this with the theme of 'hell created by people who can't stand the uncertainty'. I think our world is a world full of things that are not complete and we don't know why. I also think we have a destiny to live in that world. It takes great courage to continue to think and make choices in such uncertainty. I worked on this title with the hope that the readers also think about this deeply. 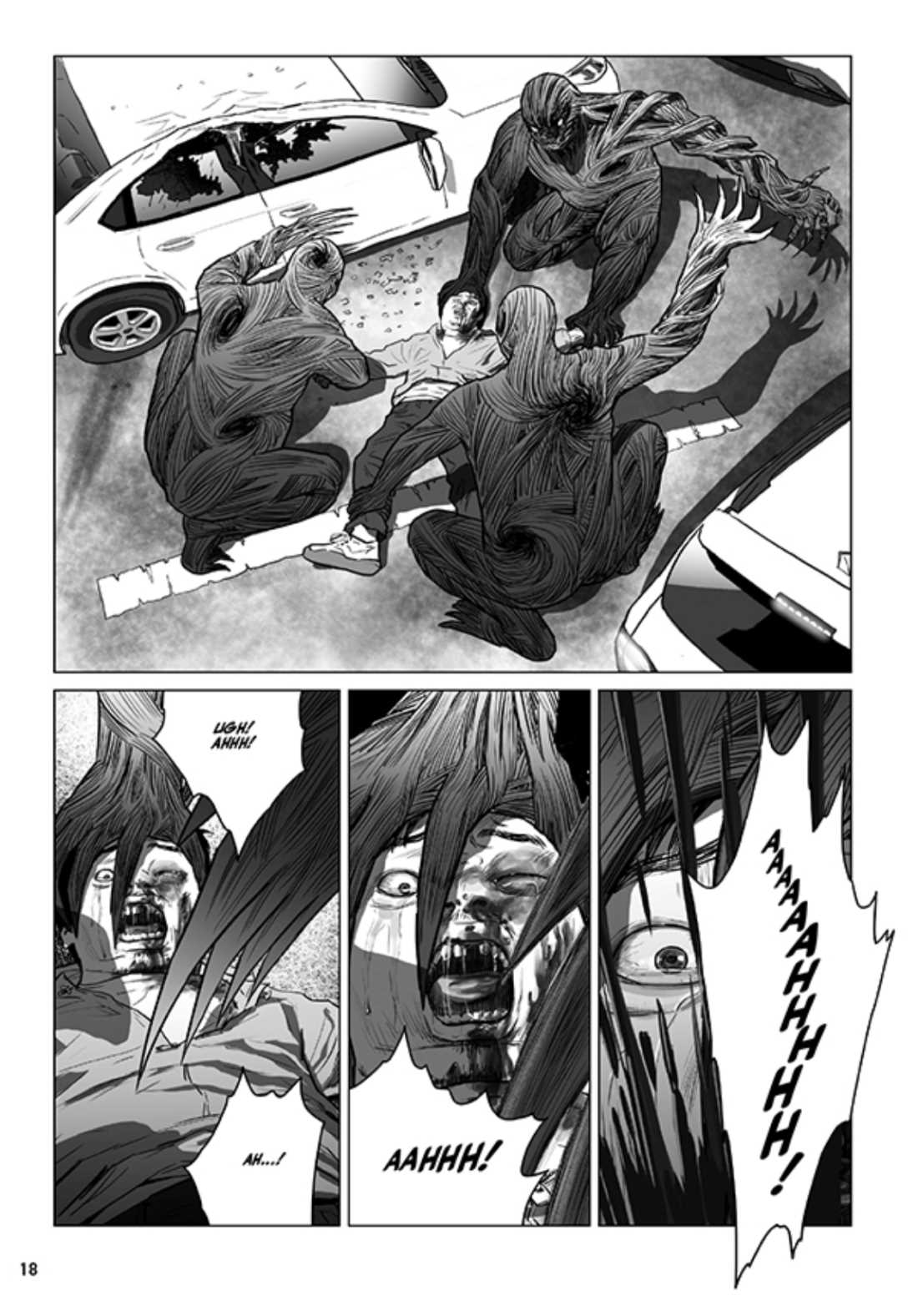 TJA: Looking forward, what can readers expect from Hellbound?

Choi:  Immerse yourself in the story, enjoy endless surprises, and at any moment you'll be facing moral turmoil.

Yeon:  First of all, if you feel that the fictional world from the Hellbound is drawn resembles the world in which you live, I think the horror of the Hellbound will be even more touching. And I will be very happy as a creator if the work causes a lot of discourse. I hope you enjoy it in itself.

TJA: Any plans to do more Hellbound comics?

Choi:  We are planning parts three and four.

Yeon:  We're working hard to prepare a work that corresponds to the sequel. We're looking at the world of hell and beyond, and we're preparing for it. Hopefully, it’s a story that ignites new discourse. We are working hard not on it. We don’t want to make readers wait too long, so we look forward to seeing you again. Hellbound is available to preorder now using PREVIEWSworld Pullbox! Look for them at your local comic shop. JUN210351
(W) Yeon Sang-Ho (A/CA) Choi Gyu-Seok
One day, you will receive a message from an unknown sender. The message will only include your name, the fact that you are going to hell, and the time you have left to live. When the time counts down to zero, supernatural beings manifest to condemn you to hell. Amid social chaos and increasing hysteria, the people must find a way to survive this inexplicable terror.

•  From Yeon Sang-Ho, director of the internatonal hit and cult favorite film Train to Busan and cartoonist Choi Gyu-Seok, creator of the acclaimed webtoon Songgot. 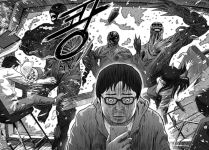 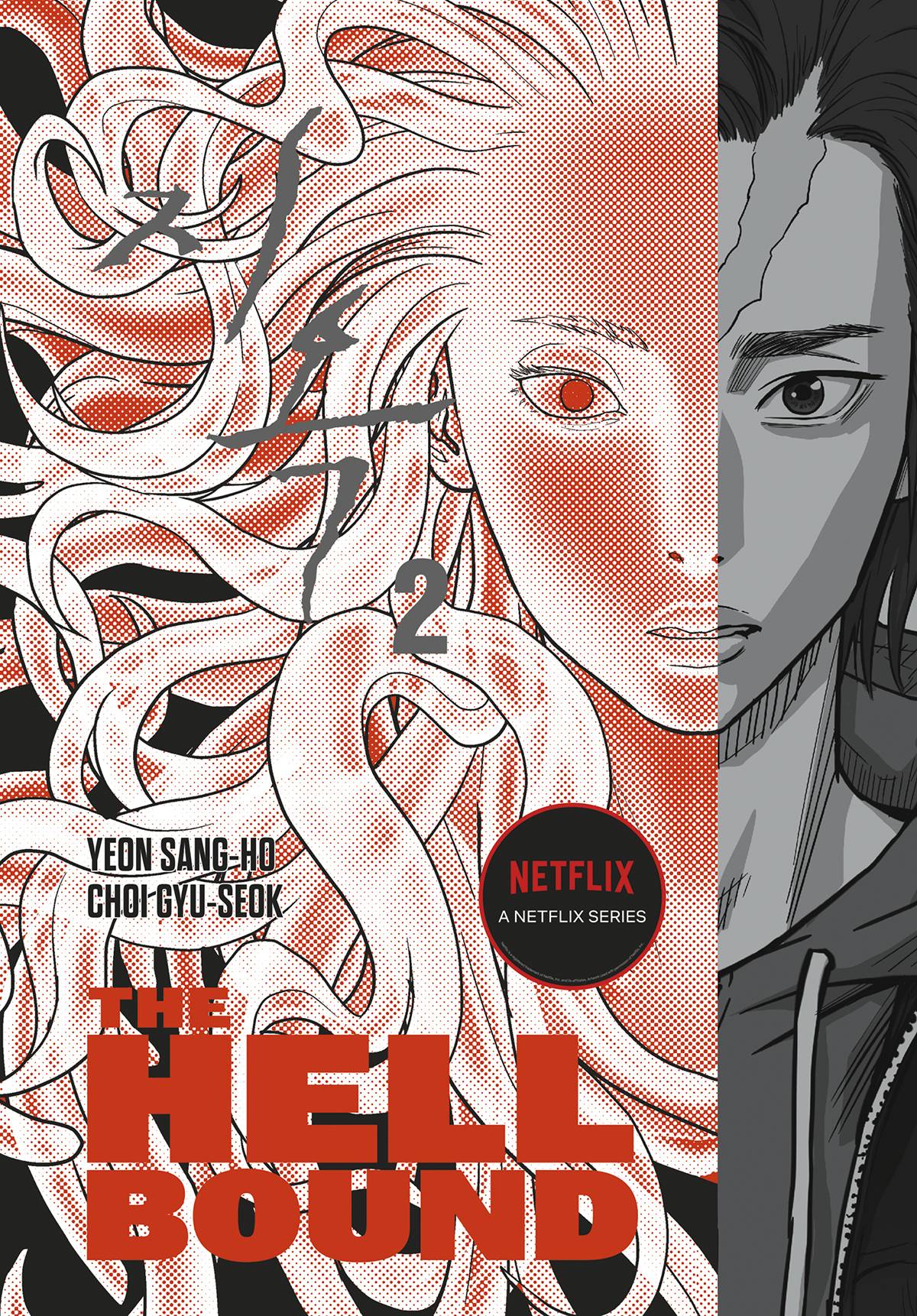 JAN220410
(W) Yeon Sang-Ho (A/CA) Choi Gyu-Seok
Death, murder, and hysteria. The reality of hell on Earth has reached new heights following numerous public massacres. The fear-striken public begin to reexamine their lives, while others find refuge in cults, religious dogma, and internet hearsay. It is time to make amends and face the mistakes of the past-atone.

Available for the first time in English! The thrilling conclusion to the provocative horror of The Hellbound by Yeon Sang-ho, director of the internatonal hit and cult favorite film Train to Busan and cartoonist Choi Gyu-seok.

Troy-Jeffrey Allen is the producer and co-host of PREVIEWSworld Weekly. His comics work includes MF DOOM: All Caps, Public Enemy's Apocalpyse '91, Fight of the Century, the Harvey Award-nominated District Comics, and the Ringo Award-nominated Magic Bullet. 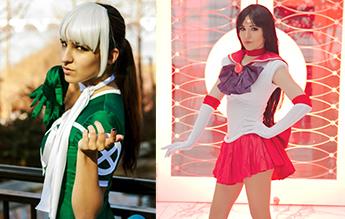 Cosplay Profiles: Brittany Blake on How to Bring a Character to Life
Oct 12, 2022

We talked to cosplayer Brittany Blake about how to breath life into a character: including music, makeup, and photos!