Cosplay Profiles: Vinnie Sirna Discusses the Playful Side of Cosplay Each week leading up to Halloween ComicFest (which conveniently falls on October 31st this year), we’ll be spotlighting a different cosplayer to get an inside look at their creative process, what inspires their cosplays, and more!

Vinnie Sirna is a cosplayer with a soft spot for villains, and although his tendency is towards villains, he boasts a cosplay portfolio that runs the gambit from comic books to anime to cartoon characters and everything in between!

Before we jump in, tell us how you got into comics and what some of your favorite books/characters/properties are!

With mainstream comics I’ve always been a fan of the animated stuff, 90s Spiderman, Justice League, Batman the Animated series. It’s only been recently that I’ve been reading the actual books! Outside of the DC/Marvel scene, my passion properties include Tokusatsu (Power Rangers, its parent show Super Sentai, and Kamen Rider). I also dabble in anime mostly the early 2000s stuff. I have a big soft spot for a lot of 80s franchises (Transformers, He-Man, and GI Joe), there was something about those shows you can’t replicate today! 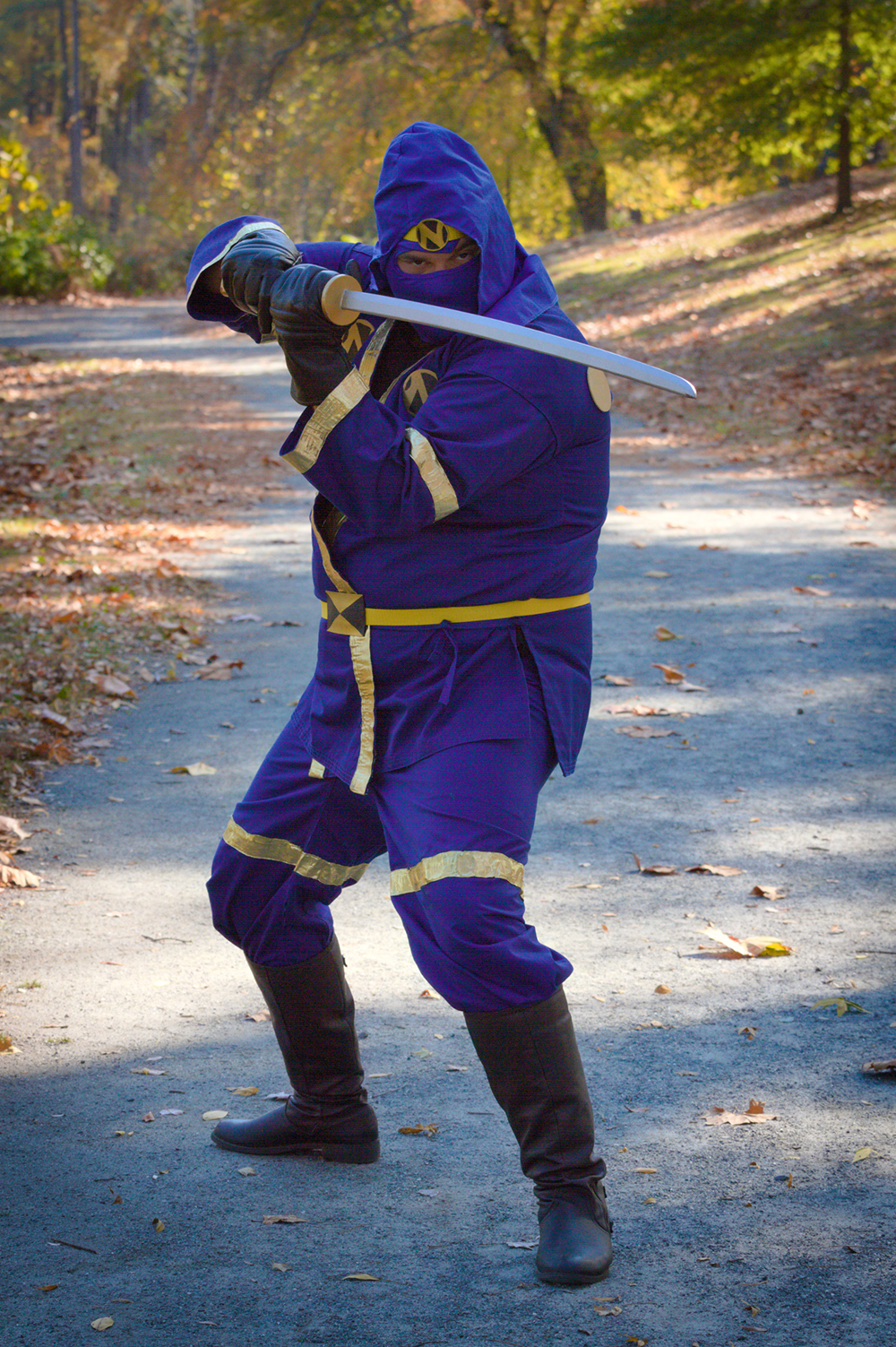 When I first started doing cosplay in late 2016, I was not where I wanted to be personally. I was feeling stagnant at my job and didn’t feel like I was going anywhere. I noticed cosplay more and more and had decided to start doing cons to get out more. Living in a relatively small college town limited the amount of people I saw on a regular basis. I started to use cosplay to push myself and grow in some sort of hobby. Even if I wasn’t growing professionally at the rate I wanted, I would still have some sort of growth.

Additionally, I’ve always loved the performing arts. I did theater in high school and have always loved the world of voice acting. For me, when I’m in cosplay, I focus on the “play” part of it. During a shoot, I play little stories out in my head to try to bring the shot to life. I would love to take this to the next step and start doing some videos and performances.

My first two cosplays were Ninjor from Power Rangers and Baron Wolfgang Von Strucker from Marvel. Ninjor was a blue martial arts uniform with gold trim glued to it. It’s served me well but is in major need of a redo.

What draws you to certain characters? How do you decide who to cosplay?

My primary focus on cosplay choices tend to be ones that no one really does and villains. There will always be characters that are frequently done (Captain America, Superman, Batman and the like) but stories have more than just the title character. I think it’s great to shine light on those guys. It also helps gives more options for photos. With my Wong, I can stand next to a Doctor Strange preparing to fight the forces of darkness or I can use Lex Luthor to charge at Superman with a piece of Kryptonite. With villains you can get a whole new set of photos that being a hero can’t afford. Plus being the bad guy is fun! Also, because it’s easier to manage with a head I shave bald, I tend to go with bald characters or ones that I can get away with a slight buzz or wearing a hat. 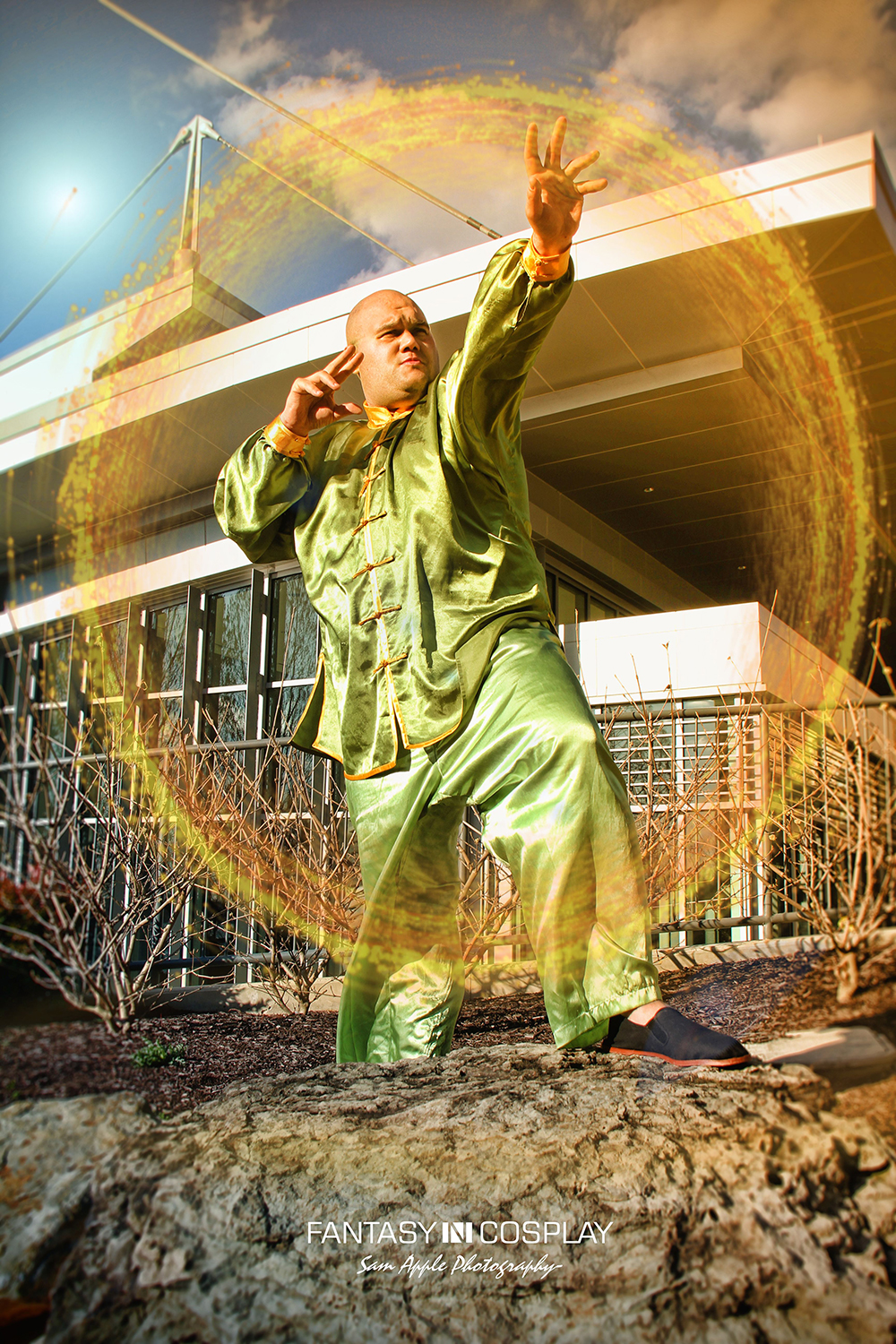 My absolute favorite has to be Wong from Marvel. It’s the easiest one to wear! All I need to do is throw on the extremely comfy top and pants and I’m good. I keep my head shaven bald naturally, so I never have to worry about wigs or the like! If I had to pick one inconvenient thing it would be the flat kung fu shoes though I usually just wear tennis shoes and carry the shoes with me until needed for photos.

In terms of performance value, I’d say Mermaid Man and Eggman. They’re characters that are bombastic and have such a range of personality to them that lets me go wild!

You made a Shredder costume earlier this year that was pretty involved as far as the armor goes. Was this your most involved cosplay to create? If not, what was?

I’d say it was my second most involved cosplay, with the first being Skeletor; that was my first time dealing with a full set of armor. At the same time, I had done a previous version of Shredder before I learned about the different thicknesses of foam (at the time it was either craft foam or floor mats). I had picked up some finer techniques like strapping and heat forming that really helped me propel my skills. I’m in the process of figuring out how to do a Lex Luthor armor now!

I’m very much into visual organization. I have a master spreadsheet with all my cosplays and the pieces needed for them.  I look at the images than breakdown what I need and list it. I love reusing stuff, so my first goal is to figure out what I already have. After that, I figure out what needs to be made and what can be bought. For the stuff that can be bought I go search and figure how much each piece will cost. Usually I put a hyperlink with the price of the item so I can buy that when I need to.  If I need to make something, I see if it is something I can make or if I need to commission. I can do armor and relatively simple props from EVA foam, but for complex stuff or fabric goods I will have someone else do it. There are people who say, “you’re not a real cosplayer if you buy it” and I fully disagree with that. If someone can make it for you better than you can, go for it! Everyone has a specialty. That said, for myself, I feel like I grow if I make at least one thing for each cosplay. 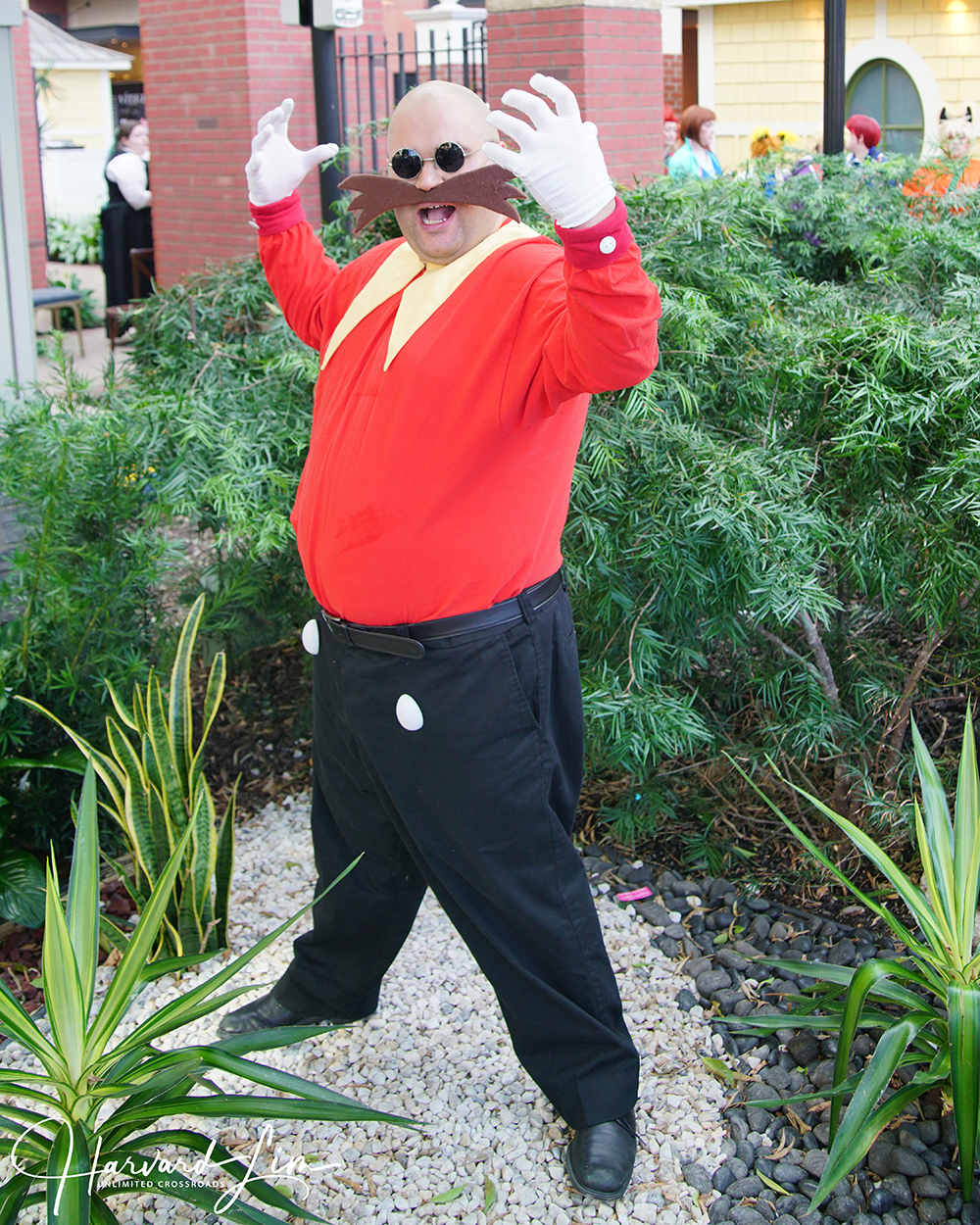 Honestly, most of my cosplays are pretty self-sufficient. I like to keep things a simple as possible. If I do need to do something in depth like make up or putting all the pieces together I usually just ask a friend! The worst is dealing with it at the con! I can’t tell you how many times I bring a few extra cosplays in the event something goes wrong. That said, once everything’s assembled I’m at the happiest point since I’m off to the con floor!

The thing I love the most is the performance aspect of it and collaborating with different people, whether it be for commissions or photos. As for some of the challenges I’d say it’s having to be happy with a current project.

With most cons canceled/postponed as a result of COVID-19, you’ve been taking the opportunity to go back and improve certain pieces of your cosplay. What inspired you to decide to tackle this and how is it going?

Honestly, the available money! In these times, I’m lucky and grateful to still have my job. In a normal year, I would be using money for cons, but with the lack of them I now have more cash flow. The main focus has been on upgrading older stuff that has honestly fallen apart. I’m also preparing to resize some fabric pieces as I’ve been losing weight over the summer. One of my favorite reactions has to be Katsucon 2018, Tony Oliver, a voice actor who was on Power Rangers back in the day. Now, the year prior I found that a mask used for an American exclusive monster, the Wizard of Deception, was available for purchase. Now it’s well known that Power Rangers is cheap, and common knowledge that the mask was a store-bought piece. So when I meet him at his booth, he’s blown away asking where I got it from. I learned that he was the one who bought it.

On a more sentimental moment I was at Ocean City Comic Con in Ocean City , MD in 2018 as Skeletor and there was this sweet little girl who, from what I remember, was in love with all the cosplayers and she was hugging everyone. The fact that Skeletor didn’t scare her was so touching.

Do you have any cosplays that strike you as particularly nostalgic or heartwarming? Looking through your Facebook page, your Dr. Eggman and Mermaid Man cosplays stuck out.

As mentioned before, those two are favorites! I’d also say Ninjor just for being the first one.

For me it’s because it’s a creative outlet. You can do so many great things with cosplay. There are so many more talented people than I who have brought to life so many different and amazing characters. Also, I’d say that it brings to people together. I’ve met so many great people in the past 4 years of doing this hobby, some of which I’ve had the honor of being in photoshoots with. Life is something that is meant to be shared with others. Through cosplay you can meet wonderous people who share love for something. Finally, making kids happy is one of the best things people can do in the world, so seeing a kid light up when you’re a character they love is rewarding.

The big one is LEARN! I’m always on the lookout for new tutorials for some new tricks to use. I have often gone back to basics with some techniques to further refine them. Also don’t stress out with the quality level. It’s something I always struggle with, wanting a piece to be perfect.  One of my uncles gave me a great piece of advice: if you try to make a B and A you may end up making it a C. Sometimes it’s okay to step back and let something be as it is.

Finally, on PREVIEWS Game Night, one of the fill-in-the-blank questions we used to ask “Cosplay just isn’t cosplay without __________.” Finish that sentence for us!

Constant repair in the middle of a con!