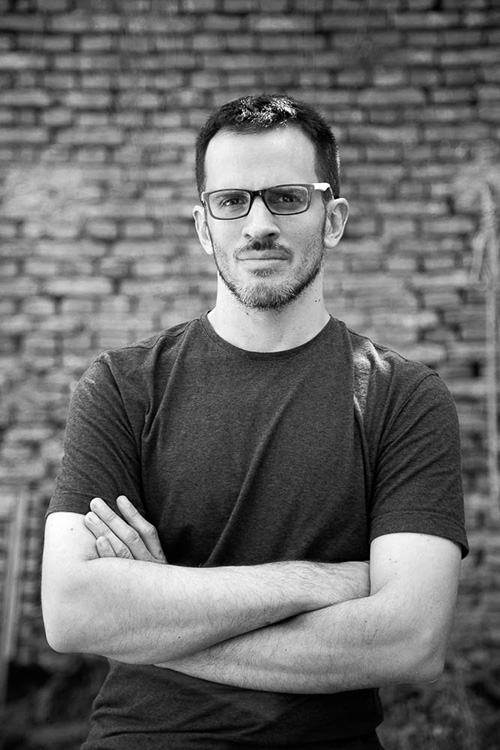 Is "gothic sci-fi" a thing? If not, then artist/writer Salvador Sanz may be creating it in the pages of Angela Della Morte. Released originally in Argentina, Angela Della Morte is actively bringing its unique brand of science fiction to the U.S., courtesy of American publisher Red 5. With its second story arc wrapped up (and a third on the way), it's long overdue for the readers of PREVIEWSworld to get acquainted. Let's take a quick dive into Salvador Sanz's gothic sci-fi tale about what happens when one mad scientist discovers the human soul. 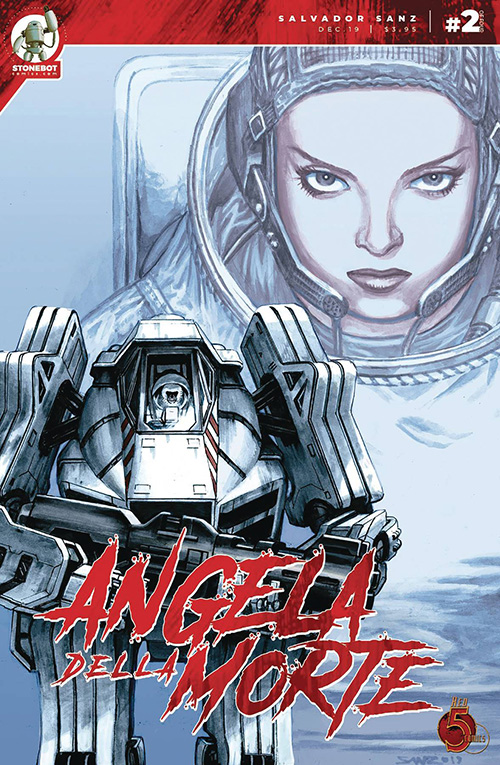 Salvador Sanz: It’s a science fiction story with many horror elements. It takes place in the present, but there is technology that is unknown to us. Sibelius laboratories have discovered, and proven the soul’s scientific existence. They can separate it from the body and deposit it in different host bodies called Soulless, which are people but in a vegetative state. Ángela and the labs use that secret technology for profit and power, but they have rivals such as the Fluo Government; who also has that technology and both compete to control it all. 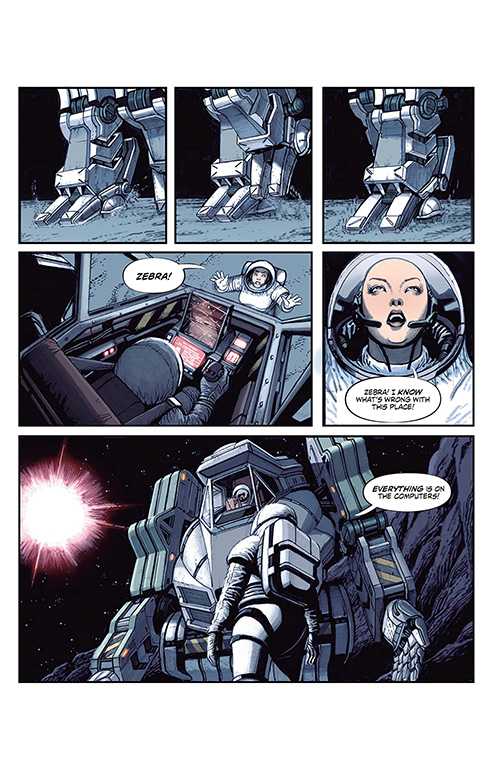 PREVIEWSworld: This is such a unique concept. What made you want to examine this concept of what happens when the body leaves the soul?

Salvador Sanz: I come from an atheist family and I never followed any religion, but I was always obsessed with the transcendence of life beyond death. So in this story, I tried to build my own fantastic version on the subject. In the beginning, I found it hard to use the term soul, and I replaced it with “conscience”. All this because of my atheist upbringing, but then I understood that it was more appropriate just to speak about the soul. 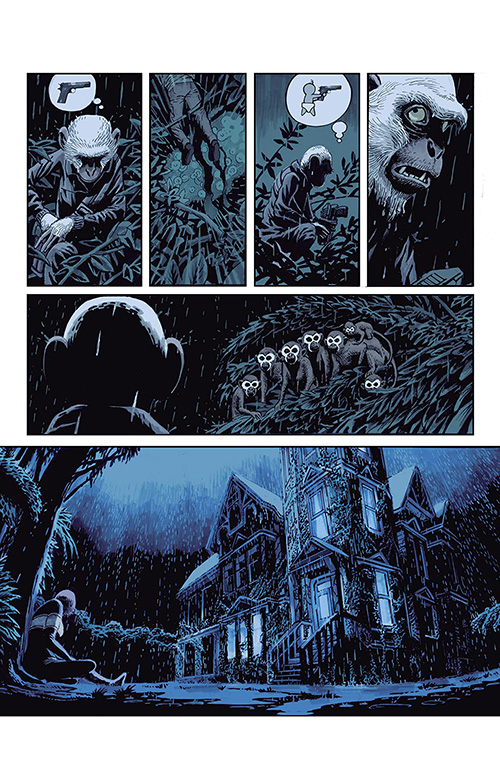 PREVIEWSworld: Why make it a sci-fi comic? Was there something about that genre that made it work for you?

Salvador Sanz: It’s a genre that I love. I felt I could give it a realistic touch if I went in this direction, rather than from a magic or religious point of view. And I guess I also wanted to draw sci-fi elements, such as machines and robots which were quite challenging too.

PREVIEWSworld: You write and draw Angela Della Morte. What is the process like?

Salvador Sanz: I write and at the same time I start making the character designs and backgrounds. The script does not change much because I know what I will have to draw. Once the script is finished, I have to start drawing the pages. Sometimes, there are few alterations if I add something unscripted to the images. So I end up adjusting everything to make it work as a whole. 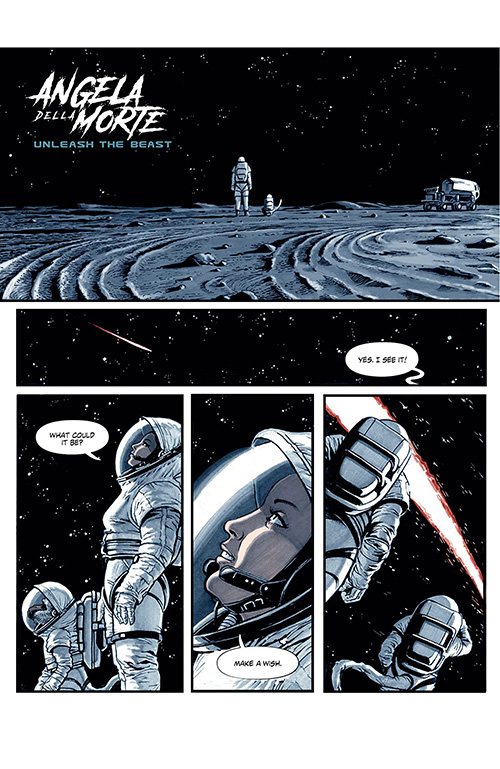 PREVIEWSworld: How did the book end up at Red 5? It was originally released outside the US, right?

Salvador Sanz: Ángela was published in Argentina in a magazine in several episodes. Later on, it was published in a two-volume format. It was also published in Spain and Brazil, and those editions were in black and white. This time around, Angela was exclusively colored for Red Five to publish it that way.

PREVIEWSworld: Tell us about Dr. Sibelius and Angela. Why do we focus on them throughout this story, specifically?

Salvador Sanz: Sibelius is the brain and Ángela is the executioner. Sometimes in that master-disciple relationship, I tried to show Angela’s devotion to Sibelius, on the verge of fanaticism. But there are still a lot of mysteries involving the organization and there’s a lot more to tell about their story. 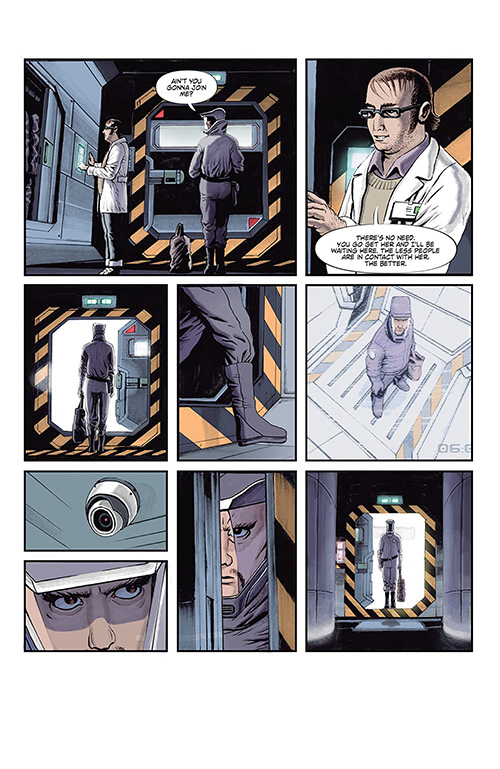 Salvador Sanz: The next book Red 5 will publish contains the oldest episodes of the character, and so that works as a prequel for the entire saga. There you’ll see Angela’s first mission and the beginning of the relationship with the Sloth: her ex-boyfriend who becomes her worst enemy.

PREVIEWSworld: In terms of audience, who is Angela Della Morte?

Salvador Sanz: I always write to I would like to read. I think Angela is targeted at an adult audience who loves science fiction and horror, but I cannot narrow it down to a more specific audience when I think about what my stories are going to be about. I would love for them to be universal and for everyone to enjoy them, 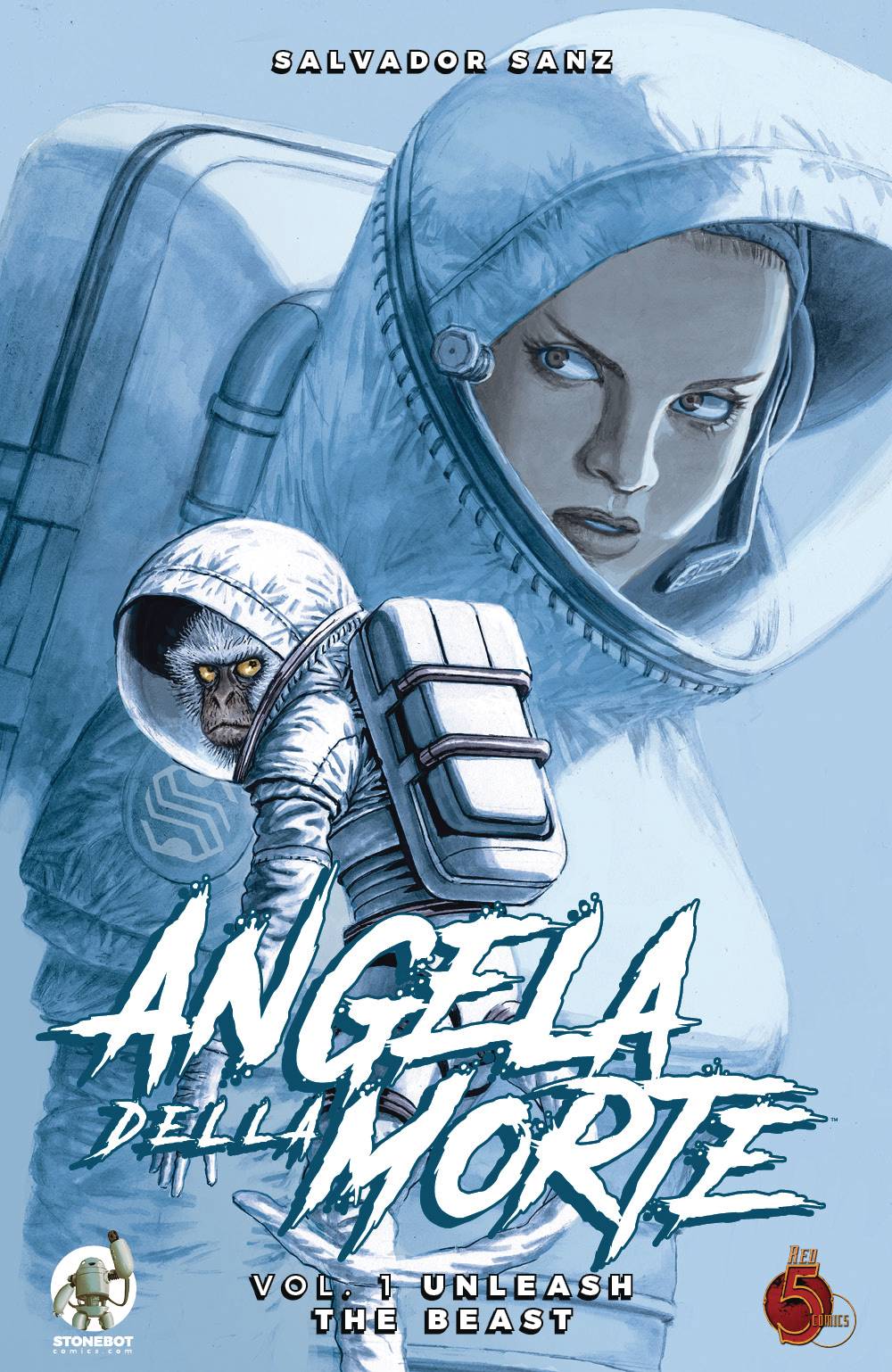 JUL201389
(W) Salvador Sanz (A/CA) Salvador Sanz
Angela Della Morte works for Dr. Sibelius, the most brilliant mind of the century. Using a new technology, Sibelius Labs are capable of separate soul from body. Using this tech Angela's soul can get into other dead host and take control of their bodies in undercover missions. But as the souls travels the void to get into their new receptacles, they must elude a tenebrous lifeform. This creature feeds with the substance of which the soul is made. It is the most dangerous predator in this new ecosystem, and its name is: Death.
In Shops: Oct 21, 2020
SRP: $12.95
PREVIEWS Page #307

Troy-Jeffrey Allen is the producer and co-host of PREVIEWSworld Weekly. His comic book works include BAMN, Fight of the Century, the Harvey Award-nominated District Comics, and the Ringo Awards-nominated Magic Bullet.

Everything You Need to Know About 'King in Black' Next Article