Cosplay Profiles: Brittany Blake on How to Bring a Character to Life 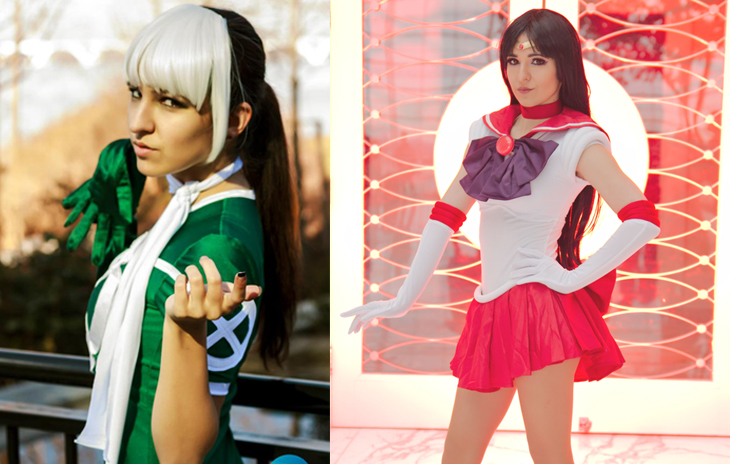 Each week, we’ll be spotlighting a different cosplayer to get an inside look at their creative process, what inspires their cosplays, and more!

Brittany Blake is a professional wrestler, cosplayer, and Twitch streamer with years of experience in the cosplay community.

Before we jump in, tell us how you got into comics and what some of your favorite books/characters/fandoms are!

My favorite video game series is hands down the Persona games. I started playing Persona 3 back in 2010 and have been addicted ever since! I'm also a huge X-Men fan, specifically, Rogue is my favorite character. Another one of my all time favorite characters is from my favorite anime: Nana Osaki from Nana. A few of my other favorite fandoms include Sailor Moon, The World Ends With You, and DanganRonpa.

My first convention was AnimeNEXT 2010. I had always wanted to get involved with cosplay when I was younger but didn't know how and didn't really know anyone else that was into it. I had a few "cosplays" thrown together as Halloween costumes going back to middle school/high school, but I consider my first "real cosplay", Yuki from Vampire Knight. My first year of cosplay also included Haru from FLCL, Rogue from the 90's X-Men cartoon, Noel Vermillion from BlazBlue, Mizore from Rosario+Vampire and the FeMC from Persona 3 Portable. 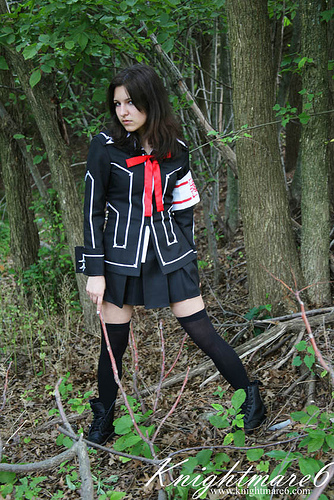 My process is honestly all over the place. Sometimes I have a very well put together plan and other times I end up buying a small accessory and working the cosplay around the accessory/prop. But typically, I either buy the full cosplay or buy a base piece and add the details on myself. My grandmom taught me a few basic sewing skills growing up, so I only really felt comfortable altering prior pieces. The few cosplays I created from scratch, I felt like they were going to fall apart at any minute, so I became one of those cosplayers that commissioned and bought pieces myself and altered them as needed. Never let another person tell you that you're not a real cosplayer if you don't make your own cosplays! As long as you're having fun, you're doing cosplay right!

But before I get too sidetracked, let's just go off the last cosplay I worked on: Nagi from TWEWY. I bought a plain white dress, painted on the details myself. I bought a wig and styled it myself, and then bought the accessories like gloves/glasses/etc. I believe the shoes are a pair that I'm recycling from an old cosplay. I'm also big on recycling pieces, wigs, shoes, etc. to be more budget friendly and storage-space friendly.

I definitely need some music while I'm getting ready. Whatever genre is going to fit the vibe of the character. If the series I'm cosplaying from has a soundtrack I can play while I get ready, even better! I usually do my makeup first, put the cosplay on, then the wig is last. I used to use colored lenses, but now I just stick to photoshop if a character has something specific with their eyes. I think the most challenging part is when you put the full cosplay on and realize it's not comfortable after about 15 minutes of wearing it. My favorite part is when I feel like I nail the character. It gives me a whole new confidence, especially if I'm about to go take photos in the cosplay.

How do you choose which characters you want to cosplay? 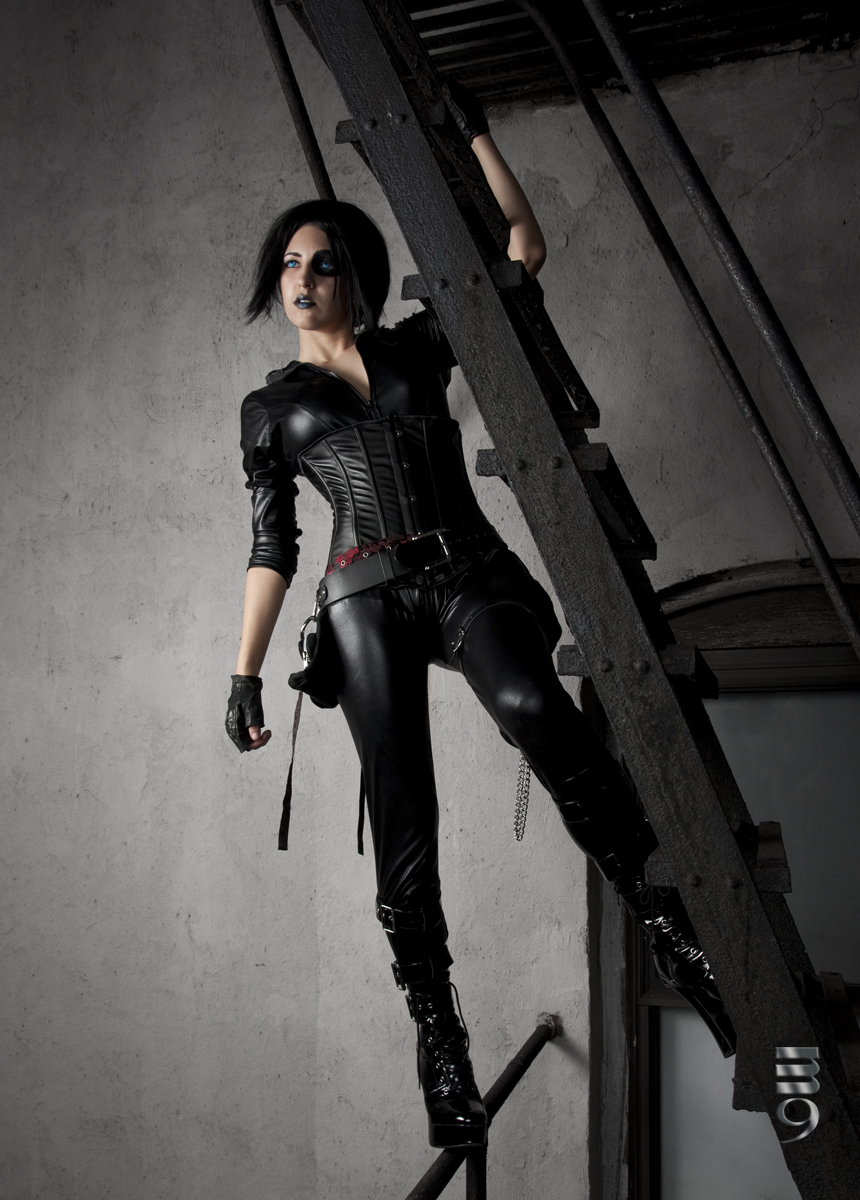 I usually go with whoever my favorite character from a series is. I would say that is how I choose 90% of my cosplays. Sometimes my favorite is the one with the most punk/alternative look. Sometimes I just really relate to the character and whatever they're going through and feel like there's a common bond there. The other 10% is split between characters I did to be a part of a friend's group so they would have a full cast, and the remaining portion is me being a maniac that chooses a character that is just announced and I love the look so much that I cosplay the character without knowing anything about them lol. However, I will say that my judgment has always been accurate. Some of the characters I have cosplayed before a game or series was out/without knowing anything other than their name have been Makoto from Persona 5, Katherine from Catherine, and Marie from Persona 4 Golden.

Some of my favorite cosplays have been Rogue from X-Men (I've done about 8 variations now and I'm torn between X-Men Legacy and X-Men Evolution as my favorites), Nana Osaki from Nana, Sailor Mars, and Cassie Hack from Hack Slash. I also love so many of the genderbends that I have done. You get so much more creative freedom with genderbends. A few of my favorite genderbends have been Gambit from X-Men, Android 17 from DBZ, and Uta from Tokyo Ghoul.

The best thing about cosplay is becoming your favorite characters, especially when you can bring that character to life in photos. I always enjoyed the creative outlet of cosplay. It's even better when you get to do it with friends! The hardest part about cosplay isn't the crafting, but dealing with the toxic part of the cosplay community. Though it's a small percentage, they're unfortunately a loud percentage. I remember needing to take a break because of one or two individuals kept saying my cosplays weren't good enough or that I couldn't do enough new characters fast enough. And it was only when I stepped away, that I realized how insignificant a few negative people's opinions were, so when I got back into cosplay with a better mindset, it became even more fun than it was before.

I think my favorite memories are when I cosplay an obscure character or from an obscure series and a small handful of people recognize the character. There's something about people recognizing obscure cosplays that warms my heart. But I think the best reactions I have ever gotten from cosplay was during my matches with Cosplay Wrestling. I don't think I can ever get used to the reaction the crowd has to the characters of Cosplay Wrestling. Some of the best reactions from Cosplay Wrestling have been Sailor Jupiter (definitely check out the video!) and Blake from RWBY. 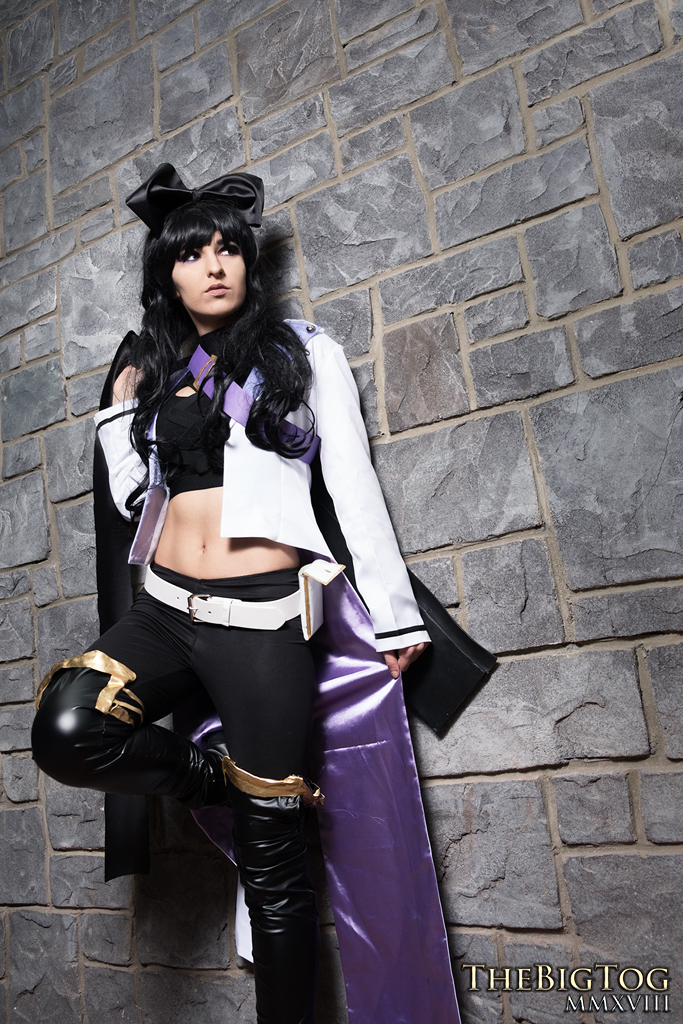 I try not to put too much pressure on myself with cosplay, but to me, it's important because it is my favorite creative outlet. It has helped form life-long friendships and given me so many opportunities that I will always be grateful for.

Hot glue, velcro, and a positive attitude goes a long way! I think the best advice I can give is to have fun and don't compare yourself to others. Everyone starts somewhere and everyone has different goals for themselves. Past that, I think some solid cosplay advice is to make sure you have a good cosplay emergency kit packed that includes sewing needles/thread, hot glue, a heat gun (if you build props/armor), velco, body tape, bobby pins, and doubles of tights/fishnets as they always seem to rip/snag. If you plan on taking photos, it helps to have reference photos on standby and to even practice a bit in a mirror to see how everything looks once it's on. I think it's perfectly fine if you want to cosplay without any makeup (my first few cosplays had little to no makeup), but if I had to pick just one or two things that I think help improve the look the most, I would say brows and lashes make the biggest difference.